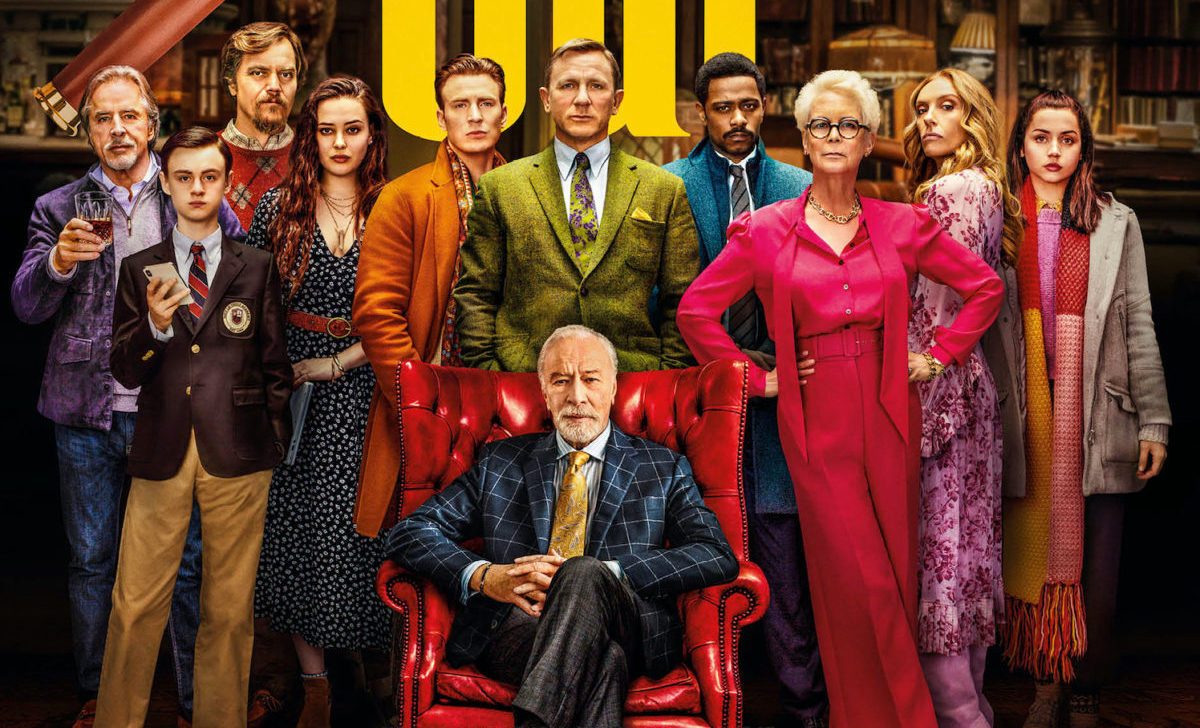 ‘Knives Out’ is one of those rare films that feels as if it was just fun to make!

With an all-star cast, plenty of red herrings & bright punchy moments, watching 'Knive's Out' was the best time I had with a film in ages & begs the question – Can we have more whodunnit's please?

(Catch it today on Amazon Prime.)

Wealthy patriach Harlan Thrombey (Christopher Plummer) is dead & the circumstances are most peculiar! Luckily one heavily accented & rather debonair Detective, Benoit Blanc (Daniel Craig) is on the case.

May the games begin! And with Thrombey's will contested by his greedy dysfunctional family, a slew of lies brews & a tooth & nail battle erupts.  Everyone is vying for their birthright share & now only one thing's for certain- Blanc's got his work cut out for him in solving this meaty case.

Benoit Blanc: It's a weird case from the start. A case with a hole in the center. A doughnut.

The murder mystery bracket has always been in my life.

Agatha Christie adaptions were a Sunday night feature in my home growing up &  it was commonplace to spend a Saturday afternoon watching 'Murder She Wrote', 'Diagnosis Murder' or 'Midsommer Murders'.

Aside from the shared 'murder' titling these shows all formulaically taught me how to construct an entertaining narrative. They had individual twists & turns with stories featuring a clear shock - 'someone is dead'- beginning , an explorative middle & an exciting, revealing finish. But what's more is they maintained my viewer buy in to the world despite the mix of drama & humour.

Sadly the mystery adaptions of late have favoured drama & violence, with high brow films that are rich in comedic nuances having largely falling away.

I don't know if this is the rise of Nordic Crime Stories or a reflection of  Hollywood's respect for drama over everything else. What we have come to see is for a film to be considered worthy of award it has simply no room for laugh out loud comedy.  Just take a look at who's winning the Oscars!

Where is my beloved quick witted "Cluedo" or the zingy banter of "Jonathan Creek". It's completely void in films like "Crooked House" which do not only a disservice to the genre itself but reduce the humanity in the world being built.

By suggesting there's no humour within bleak happenings is simply inaccuract & an insult to audiences intelligence. Multiple emotions can be experienced at once - & as seen in 'Crooked House' without them an unbelieveable one dimensional world is fashioned.

Jessica Fletcher would certainly not be impressed.

And while this alone doesn't necessarily make a terrible film, it does stop it from being good.

So, where am I going with this?

I enjoy many Agatha Christie adaptions but they're sadly hit & miss with films like 'Murder on the Orient Express' lacking the on-screen charisma to command any label aside from dull.

'Knives Out' is different. It's a big fun whodunnit with layers of political leanings that shine light on topics of privilege, classism & mythmaking in the american dream.

And the heated back & forth jibing doesn't detract from this nor does the humour diminish the statements gravity. Instead it normalises them & at the end of the day isn't that what society is doing as well?

Why you should watch it

'Kinves Out' is here to send you a not so subtle message & like all good comedies it's doing so under the guise of laughs!

Beneath the jokes, Johnson explores the premise of believed equality. It's this idea we're all happy to be labelled 'equals' & construct a narrative to enable our individual biases to be ignored. This is until it's no longer self serving, or, our supposed 'entitlements' are directly effected. But Johnson hasn't created a brow beating message movie, he's just revealed what's really being discussed by a modern day family after a couple of glasses of wine.

'Knives Out' is rare in bringing a killer cast with the necessary chops to craft character depth in nasty jibing. Here, Marta's place as the immigrant family housekeeper is deeply felt as she rises in station within the Thrombey family.  This manifests as an 'all bets are off" battle between horrid family members who quickly justify their monstrous acts. It's not often you relate to the evil motivations of characters but this is where the film shines. It's Johnson's clear homage to Agatha Christie tropes & is what ensure this whodunnit resonates with viewers.

It's a fundamentally likeble film thanks to the sharp dialogue, entertaining plot & Johnson's choice to fashion a formulaic narrative.

But ultimately Johnsons's got something to say & is saying it. He's just doing it by utilising the subtle glories of an outdated medium. I loved it from start to finish & was stimulated right up until the grand reveal. ✔️✔️✔️

I found these three fun bits via IMDB Pop Trivia

2. "Blarney Woolen mills says sales of a similar sweater increased 150% since the movier's release" ( it is a very nice sweater)

3. "The artwork in the mansion features the motif: "Memento Mori" which roughly means: "Remember you are mortal". (a good lesson for us all 😉)

Whatever your inner hedonist desires! It's the Thrombey way.

+ it's a snacky kind of a film so have some lollies on hand. I found Haribo Gummies to be the perfect chewy, sugary treat to wash down the wickedness.

Enjoy!!!! Until next time film lovers.