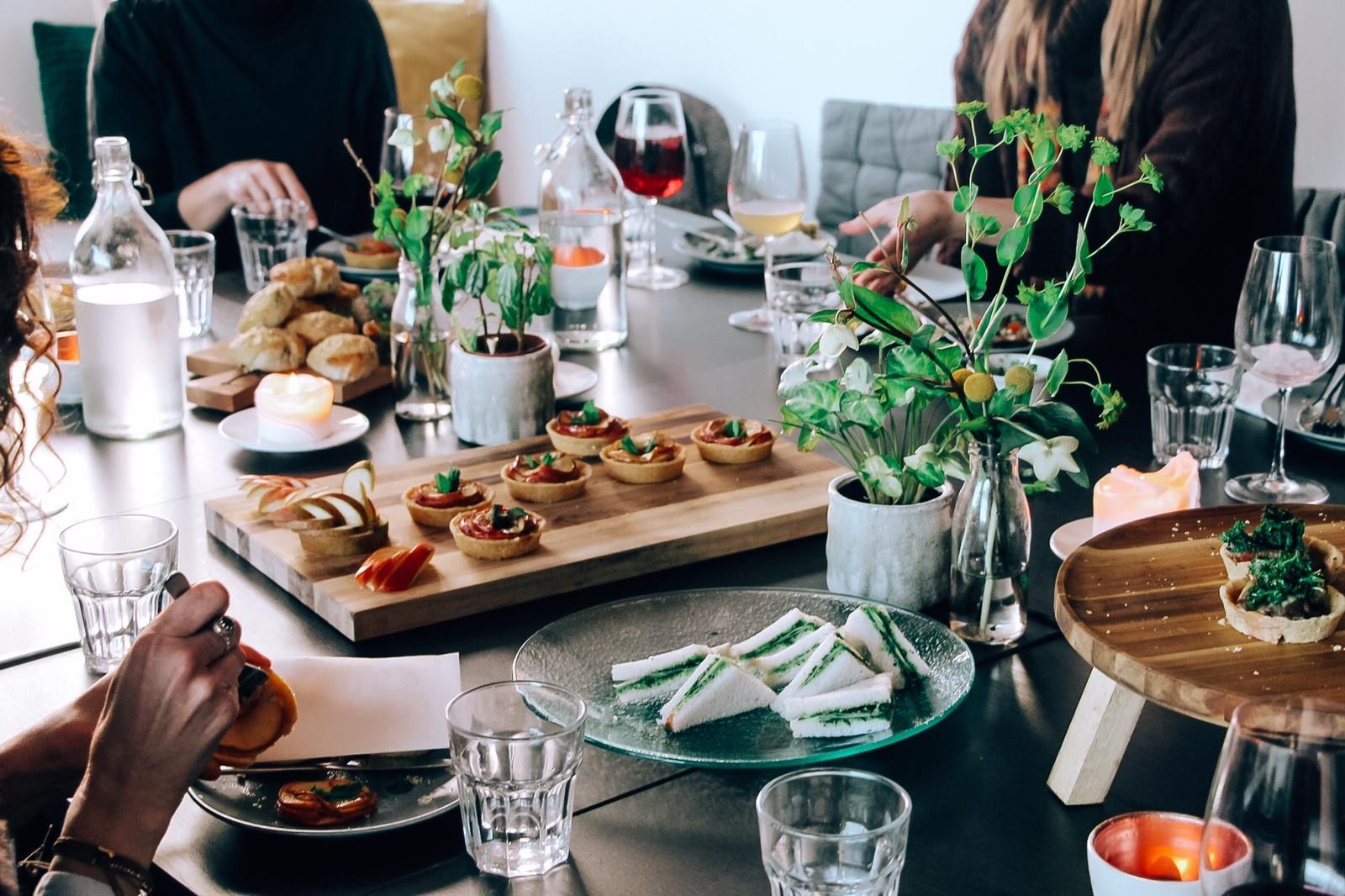 'Emma' is a sassy, bottom facing foray into the picturesque world of Highbury.

On Sunday, 23 February our cinema loving tribe hot footed it to the beautiful ‘Dominion Cinema’ to watch the latest adaption of Jane Austen’s ‘Emma’. The grand cinema was a perfect setting for the on screen opulence & it certainly comes as no surprise Director, Autumn de Wilde is renowned for her breathtaking photography. ‘Emma’ is a visual triumph & seamlessly moves from scene to scene in a manner akin to flipping the pages of a design focused magazine.  The whole experience is meditative & the use of symmetry, bright colour’s & elegant settings directly shift you into this delicious Georgian World.

‘Emma’ is not a new screen feature by any means.

Past adaptions include everything from the 2009 BBC miniseries, ‘1996’ Gwyneth Paltrow version & loosely based, beloved teen melodrama, ‘Clueless’.

Before watching the new offering I figured it was a perfect time to re immerse myself into Austen’s world. What did this mean? Reading the novel of course, watching all the aforementioned versions & doing a deep dive into the Austenian way of life.

The only version I failed to have a quick peep at was ‘Clueless’ but like many youths of the 90’s I’d been obsessed with Alicia Silverstone’s portrayal of the ever beautiful, flawlessly styled protagonist & had seen it so many times it would have been overkill to do so again.

Due to its vast pop culture references the ‘Emma’ story is well known — Emma  Woodhouse is a privileged, intelligent young lady who’s boredom sees her occupy her time with local matchmaking rather than academic pursuits.

Austen’s world presents a post revolutionary society who’s grappling with social transformation. This plays out via a thematic deep dive into social class, archetypal gender roles & moral transformation. We eagerly watch as Mr Knightley struggles to adapt his aristocratic masculinity to participate in modern society; while Emma belies social parameters in her misguided belief love can conquer all.

Jane Austen herself was known for her distinct use of feisty heroine’s, clever irony & free, indirect speech. Any Austenian Pastiche must of course embody these particular characteristics & the most accurate portrayal to date was unsurprisingly the BBC miniseries.

BUT watch out BBC - there’s a new master in town, de Wilde! And her adaption adheres strictly to the text, employs subtle humour & basically renders your version drab.

I’ve already touched upon it being a visual triumph but I cannot rave enough about the countryside grandeur, glittering jewels & fancy formalwear.

They are exquisite - as are the homesteads with their ridiculous paintings, seemingly endless butlers/maids (can I have one please?!) & colourful interiors screaming ‘I’m fancy’.

So thank you de Wilde for reawakening my love of patterned wallpaper. I now have an insatiable need to renovate my home or preferably sidle right into Emma’s neighbourhood.

I’m particularly taken with Emma’s over patterned sitting room that manages to kick kitsch to the curb & radiate whimsy. Hey, Mr Woodhouse. Fancy glancing your eyes my way? I could definitely pretend to feel a bit of a draft if it means I can sit pretty in your home. (Sorry Donwell Abbey, you’re just a tad too museum like for me to relax in.)

Being no stranger to the Emma tale, I knew this adaption’s success would largely fall upon the shoulders of its two leads, Anna Taylor-Joy (Emma) & Johnny Flynn (Mr Knightley).

And they certainly play their parts well.

Taylor-Joy brings her mischievously twinkling eyes with a composed maturity to make her otherwise unlikeable character someone you’re hoping good things will come too.

Meanwhile Flynn personifies an ordered, albeit generous Knightley. He's perfectly stoic yet oozes with romanticism and had my cinema swooning. He’s the type of man a girl can bank on & is, dare I say, reminiscent of period favourite Colin Firth in his seminal role of ‘Mr. Darcy’.

In fact I’ll be incredibly surprised if Flynn doesn’t become a BIG period favourite in the future. I’d especially love to see him cut his teeth as the bad to the bone Mr Wickham!

Both Bill Nighy as Mr Woodhouse & Miranda Hart as Miss Bates, provide captivating performances that manage to steal every scene they’re in. I was rather obsessed with Nighy’s quixotic hand movements which transform the usually stern Mr Woodhouse into a source of comic relief. Hart similarly elevates her pivotal spinster character into a ‘you can’t forget about me’ presence through her overbearing energy & use of space.

My favorite performance however, falls to the late introduction of Tanya Reynolds as the socially misplaced Mrs Elton.

She was good brash fun & left my cinema in fits of giggles.

Having recently seen her play a very different role in the TV series Sex Education she imparts an interesting energy on screen & her interpretation of Augusta Elton cements her as a ‘must watch’ talent in the future.

It was a strong cast all round & the only performance I could have done without was Josh O'Connor as Mr Elton as he somehow brought this over the top dog like manner to the typically ‘lustworthy’ Mr Elton. Ultimately he became impossibly needy & wholly irritating.

Overall the film was a lovely walk into the past & with its continued relevance in our politically tumultuous times, it’s hard to believe Austen sat down to write this seminal text in 1814!

So with our hearts full & our eyes overcome by the beautiful imagery we meandered our way back to LeftField to be welcomed into our own private Georgian World, this one coming equipped with the waltzing tunes of the Soundtrack & a truly delicious spread.

We were all salivating at the sight & greedily loaded our plates to get stuck into a fervent discussion.

And chat we did recanting our favourite parts, varied critiques & sharing of fun historical facts - encompassing everything from the accuracy of the garments to buildings.

At the close we all agreed you sometimes just need a little bit of certainty & it was rather nice to welcome a happy ending. Austen is bankable joy & *SPOILER*when Mr Knightley stammers over his declaration of love, & Emma reciprocates it wholeheartedly, the cockles of our souls were heartedly warmed.

It’s a real treat to experience the true joy of an Austenian World, one where stoicism gets dropped to create an intimacy we rarely seen in modern tales.

What a day indeed! We can’t wait for next Month? Who’s Coming.