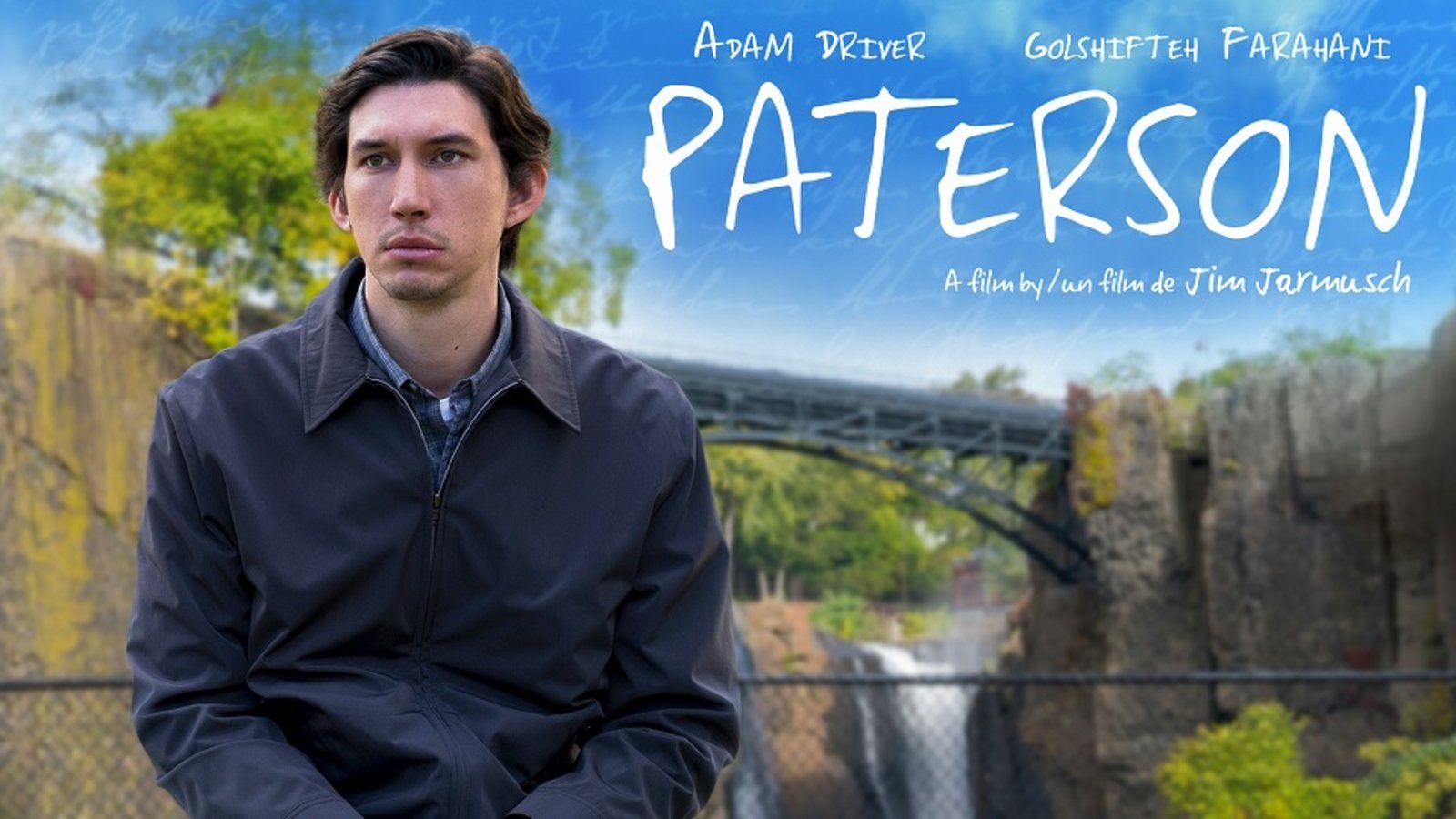 Last week was a busy one. I find it interesting to track how I'm interacting with films at different emotional times & this week was no different.

Whenever I'm tired or sitting in a low energy zone, I gravitate towards comfort watches. For me this is usually some form of emotional drama shot under an indie lens. My ultimate comfort film is 'The Squid & the Whale' which I know to most, is not at all comforting but when I pop it on I'm transported to instant calming bliss.

So after having had a exhausting week, I'm not suprised one bit by the following films I watched through the week, being:

But of course there can only be one film of the week & this week's winner is Jim Jarmusch's cinematic marvel 'Paterson' ❤.

'Paterson'  chronicles one week in the very ordinary life of a poetically gifted man named Paterson.

Paterson has two great loves –  his Bohemian wife Laura & his Poetry.  Throughout the week we watch his relationship with both continue without any cinematic fanfare or big reveals – instead we're just offered a fly on the wall peep at a quiet American man's life.

This is an unremarkable story, which is what makes finding magic in the mundane, so remarkable. It is a story of life & the celebration of now.

Where do I even begin?

I love how 'Paterson' plays as a moving meditation through life.

This is a film about reading between the lines & experiencing each moment. Paterson's daily routine is simple - he wakes up, he goes to work, he drives the bus, he comes home, he walks the dog, he has a beer, he goes to sleep.

Yet his life is much more than this. Between the cracks of Paterson's day he's absorbing the world & capturing the small details. Paterson the driver, might be a simple man with simple needs but he finds beauty in the minutea & churns it around in his mind to later explore it through powerful words.

It's as if he understands the grey & has unlocked the secret to lasting contentment. We could all take a few lessons from Paterson & I love how through this role he empowers the lives that might be otherwise labelled as boring or dissapointing - & reminds us you never know who is living them, who they may become or what they are feeling.

Jim Jarmusch’s typical minimalist style is on offer here to really hone in on this existentialism theme.

What is a life after all! And aside from the philosophical finger waggling prod that we should all be more grateful for what we've got, we are handed a very full & very dangerous world.

Paterson doesn't live in a bubble & Jarmusch is deft at showing how quickly the world can change. This is an intriguing add on & one we only get snippets of via Paterson's former military status being briefly referenced, or, through his quick reflexes dropped in to expose his inherent understanding of the dangers at large. Yet despite this he chooses the life he's living.

What I really appreciated was the lack of overt dramatisation or unecessary explanation. This is real life & in Paterson's world viewers must fill in the cracks. There's no cheap wins through unrealistic dialogue but just complex, ambiguous relationships existing under the guise of simple routines.

Why it's worth your time?

It'll have you asking:

Paterson is not motivated by fame or need for external devotion.

He has true talent but he isn't striving to be the next big thing. His art is private & is for him, Laura & their dog Marvin.

In this sense he's a true artist which is an intriguing choice for Jarmusch to focus on as he's asking the audience – shouldn't we celebrate the act of artistic genius alone? In a commercially driven modern society the reality is we don't & social celebration is all we seem to care about.

We make biopics featuring the lives of great artists before they were famous but we don't even cast value upon an artists life until they're awarded the title of being one. It's a real catch 22 & conceptually interesting to muddle around with long after the credits roll.

But why everyone should watch 'Paterson' is because Jamusch has achieved here what few director's can only aspire to.

He shows Paterson's poetic talent to be as good as is described. This is no easy feat & is always a treat to see. So with that said I'd be remiss to not include one of the beautiful poems.

ANOTHER ONE (written by Ron Padget)

When you’re a child you learn there are three dimensions

Then later you hear there’s a fourth dimension

Then some say there can be five, six, seven…

I knock off work

Have a beer at the bar

I look down at the glass and feel glad*

Bottom line– Life is tiresome, Paterson is not. Turn it on, feel glad & bathe in the post viewing philosophical reflection.

Well this is neat...

Here's a few trivia nuggets I discovered after indulging in my rewatch.

In a 2016 interview Jarmusch gave to Time Magazine he spoke of 'Paterson's' 20 year culmination as follows:

I went on a day trip to Paterson 20, 25 years ago. I was drawn there by William Carlos Williams, a doctor and a poet whose work I liked. I went to the falls there, and I walked around and saw the industrial parts of it. It’s a fascinating place: It was like Alexander Hamilton’s vision of a new industrial city, based around the power from the waterfall, kind of an intended utopian city. And it’s incredibly varied in terms of its demographics, the variety of people there.

[William Carlos Williams’] book Paterson, by the way, is not one of my favorite poems—in fact, it goes over my head, I don’t understand a lot of it. But at the beginning of it, a man is a metaphor for the city of Paterson, and vice-versa. And I thought that’s just a beautiful idea. I thought I’d like to write a little treatment about a poet, a working-class guy in Paterson who’s actually a very good poet but not a known one. So I had that little one-page treatment in a drawer for years. I kept remembering it, but I never really got to it until now. [emphasis added]

A peated whisky! And of course a pen & paper by your side for those moments of possible inspiration.

+ If you do have a sweet tooth you might fancy a cupcake or black & white cookie. Laura is obsessed with baking goods in this colour palette & it might just spark a sugar craving in you.

Until next time film lovers.