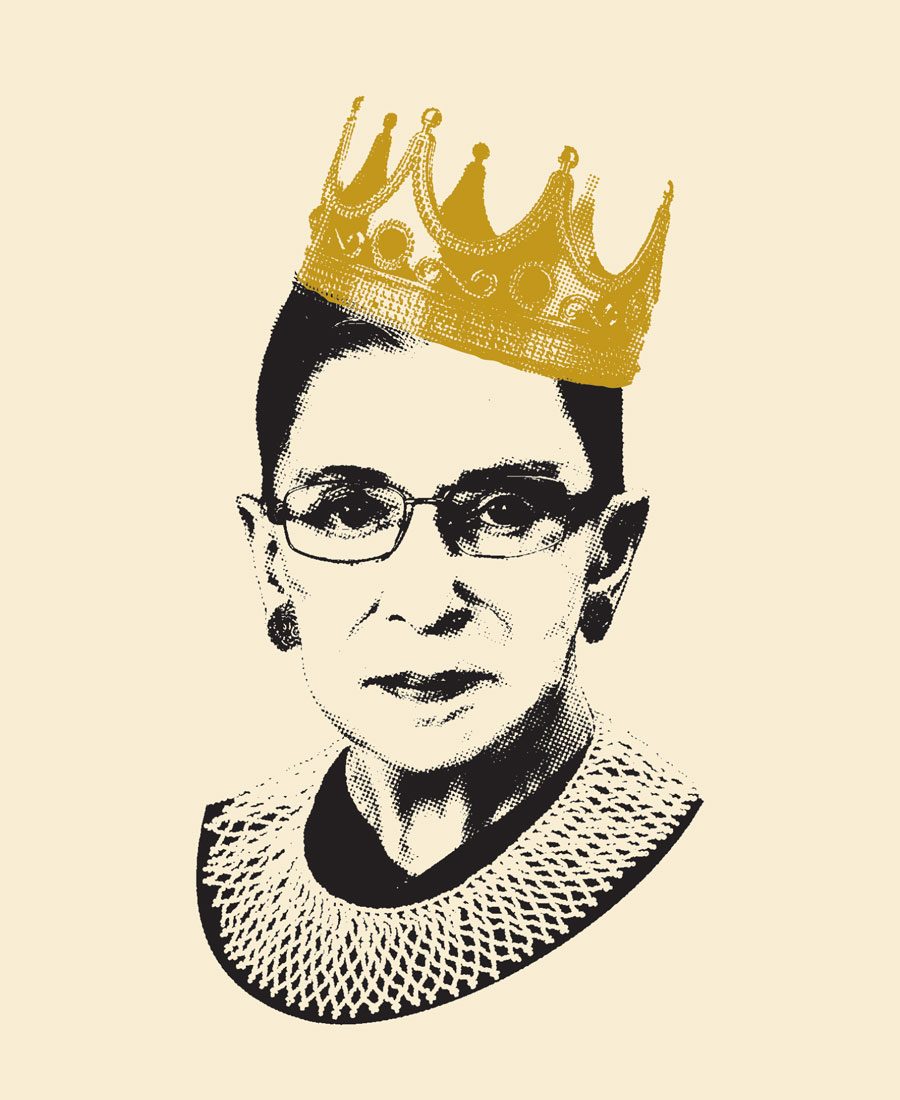 With that said, this week I'm honouring the Queen of the Bench by imploring you all to watch the story of how she became the Rockstar of the Supreme Court in 'RBG'.

In a nutshell, 'RBG' is a moving chronicle of Ruth's life. It gives a detailed account of the tremendous work she did for the American Justice system, while showcasing the role she held as inspiration source for the world at large.

What is particularly notable is how the documentary follows Ruth's journey from Cornell undergrad to her ascension within the legal community & then to the bench.

This is Ruth's story of assuming the rightful title of  'Notorious, R.B.G' & it's told with a casual comic tone that defies the serious subject of breaking tradition to quash inequality.

"RBG" doesn't just glimpse at the legacy Ruth afforded the world but considers her life as a whole. This is a women who shattered every ceiling she faced & it would have been easy to simply focus on her achievements. Instead Cohen & West paint a comprehensive portrait of Ruth as a person, including her status as terrible cook, family loyalist, witty friend, cancer battler & gender equality champion. It's this humanity that gives the documentary power.

In a past life I had the benefit of taking helm as a Judical Clerk to a Supreme Court Justice. I loved my time at the Court – the walls were filled with intellectual wealth, stubbornly held opinions & a constant requirement you stand your ground on any point put forward, provided you could argue it of course.

It was a place of understood rules & required you earn your respect – but it is one I feel proud to have been involved in as seeing the social change commanded everyday was inspiring.

'RBG' sums this atmosphere up perfectly. It shows the wit behind the sober faces & the friendship existing between professional adversary's. This rare insight is something few have the chance to experience & aside from being enlightening does the stale profession a service.

Why you should watch it?

"RBG" is adept at showcasing Ruth's personal resilience.
Ginsburg is a muse to many yet she faced hurdles at every stage.
Despite graduating at the top of her Law Class, Supreme Court Justice Felix Frankfurter refused to hire her in 1960 as his Clerk purely because she was a women.

But this didn't stop her. Rather it fuelled her on & after failing to secure a job at any American Law Firm Ruth travelled to Sweden to take a position working on a project with Swedish legal scholar, Anders Bruzelius, wherein she wrote a volume on the rules of civil procedure within Europe.

During her Scandinavian days, Ruth became transfixed by the egalitarian foundation underpinning gender equality within Swedish Law. Utterly revealing to Ruth, this made her question the flaws surrounding gender laws within the US & more importantly opened her eyes to the possbility of how the system could evolve.

On her return to American she sought roles in Academia & in 1972 founded the ACLU's Women's Rights Project (WRP) which since its inception has provided legal services & outreach support to those undergoing gender inquality battles.

Unsurprisingly, Ginsburg continued to climb the legal ranks & as an appellate litigator did so with a clear focus – to fight sex discrimination (hence the apt naming of her life inspired film "On the Basis of Sex"). Fast Forward 20 years & Ginsburg was appointed as a Supreme Court Justice. Only the second women to sit in that place.

With a relatively subdued start, Ruth really came into her own following Justice O'Connor's retirement. Being the sole women on an increasingly conservative bench meant she had to fight for the minority judgment. This led to her developing her well known voice as the Great Dissenter & the rest, as they say, is highly documented history.

"RBG" catches all of this.

It showcases Ruth's unshakable drive to change the status quo & reveals great change is possibe but requires tenacity &  dedicated hours to be paid behind closed doors to achieve it.

This is encouraging for all of us & reminds us we should never stop striving for what's important. Ruth did all this while nursing her devoted husband Marty through illness, raising children & later facing her own cancer battles.

She was a a true superhero or as her trainer touches on in the film a 'cyclops'.

Do Ruth proud & pop on the Telly (despite the fact she allegedly didn't know how to turn on a TV set).

Then arm yourself with an Aperol Spritz (to drink as Ruth does in the film) & settle in for an educational treat.

Ruth you have my democratic heart. Thank you for your constant tenancity & drive to modernise the law. I am so glad you decided to selfishily embark on your career in the law & I think we can all agree though there was nothing 'selfish' in this choice at all👇👇 .

"for personal, selfish reasons. I thought I could do a lawyer's job better than any other. I have no talent in the arts, but I do write fairly well and analyze problems clearly."

Enjoy!!!! Until next time film lovers.